The hat I received as a farewell present from work seems to be very popular. It is a beauty, made of crocodile skin. I keep having to take it back.

It looks like I need to get used to the hat with corks! 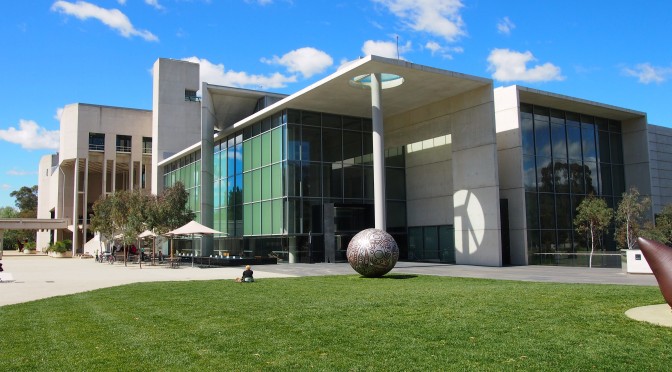 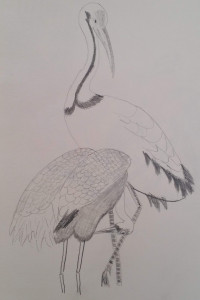 School is not so bad the second time around!

Ash and I went to the National Gallery of Australia today to try our hands at sketching. I gave Alex the choice of era and culture, and he chose Asian Art. We found ourselves seated in front of a Japanese screen featuring cranes. (I cannot think of anything harder to sketch than Japanese cranes – give me Paul Klee anytime!) 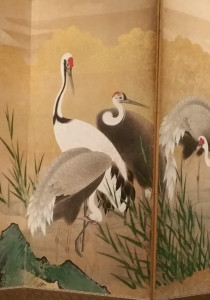 Ash’s work is covered by an embargo, so I can’t show it here yet. Anyway, when my boss checks this attempt out, he will write ‘Software – ONLY software” on my employment file! 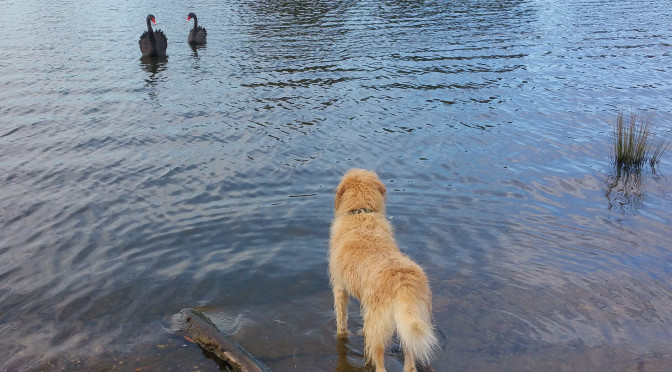 Pip is having a good holiday. He is a fan of swimming, and seems to handle the cold, fresh water as well as Sydney Harbour. This time he came up against something as big as a pelican that was quite interested in him, and in fact came up close to look.

After they moved off, Pip managed to get his swim. 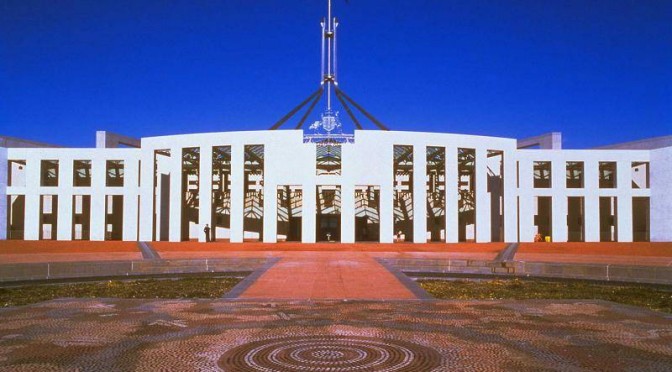 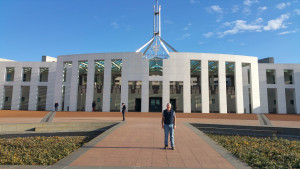 Yesterday Ash and I visited the old and new Parliament House. Apart from the fact that I was accompanied by a teenager, it was a very interesting visit and a beautiful day to be out in.

The Old Parliament House is now a museum, but has been left largely untouched since it was vacated in 1988. You can sit in any seat of the House of Representatives or the Senate (apart from the Speaker’s/President’s seat). You can see the various rooms used by government and opposition. They are filled with typewriters and TVs from the period.

New Parliament house was only a 10 minute walk away. It is huge by comparison, and as a result, the bells for voting ring for 4 minutes not 2. (They calculated this by getting the oldest member of parliament in 1988 to walk from the furtherest reaches of the building to the house and timed him – 3 minutes and 45 seconds!) I was fascinated to see there was a 1294 copy of the Magna Carta on display there – apparently each king was forced to sign a copy. This one had the seal of an Edward. 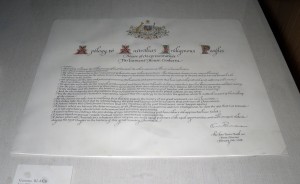 Other significant documents there included the Apology to the Aboriginal People delivered by Kevin Rudd. Several significant artworks covered the history of the place, including a Tom Roberts and an Arthur Boyd.

The key attraction was Question Time. (Photo from “The Australian” as no electronics were allowed into the gallery.) It is a same thrill as watching a game live to see these people you know so much about in a debate/performance with each other. We were they for an ejection, Tony Abbot managed to address Bill Shorten as the Prime Minister, Hockey gave a very humorous rant on the Word properties of a document, and Bronwyn Bishop gave a splendid rendition of a school librarian. 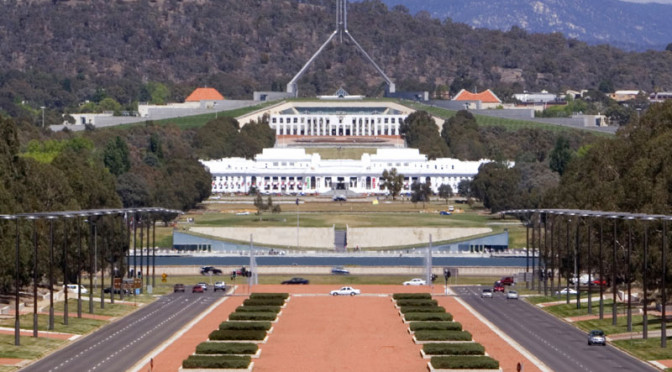 It was a bit of a shock going to 8am mass this morning. The car was covered in a heavy frost. My phone advised me that it was -4o C. Fortunately, I had my Burwood Library Card (that I had looked at 3 days ago and wondered why I had not left that one behind) and it served its role perfectly.